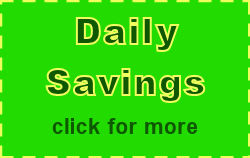 Exley’s Landscaping Service, Inc. began over four decades ago by W. Robert Exley. It began as a lawn service, but flourished to include landscaping as well. As time progressed and business steadily grew, Robert and his wife Amelia purchased more land in hopes of starting a Christmas tree farm and retail garden center.

In 1980, the Garden Center was open for business and a new era of Exleys had begun. By the early 1990’s, both of Robert’s sons had graduated from Temple University with degrees in Landscape Design.